Shell on vs. shell off, the experiment

For us, grilled shrimp is among our favorite flavors to put on the plate. We’ve done kabobs in past but always cooked them with the shell off. Prior to cooking our shrimp kabobs this time around, we did some research to determine whether or not to grill the shrimp with their shells and determined many foodies claimed how great the shrimp would taste if the shell were left on. Hence, we prepared six kabobs, three with four ‘shell-on’ shrimp and another three with ‘shell-off’ shrimp. We then staggered them on the grill to assure an evenly cooked experiment.

Our immediate thought was the shell being left on would cost the shrimp the great “grilled” flavor however the theory was that by leaving the shell on, the shrimp would maintain more of both the natural flavors along with our marinade flavor while keeping in more moisture, protecting the inner shrimp from the hot flames of the grill. Sounds good right? Well, you’ll have to skip down to the conclusion to see what we preferred.

Although just about any larger style shrimp will work, we decided to go with the Key West Pink Shrimp offered at Wild Seafood Market due to their freshness and sweetness. A few size options are available yet the larger the better so we chose the 21-25, which basically means you’ll get between 21 and 25 shrimp per pound. One pound is all we needed and it had just enough shrimp to do six kabobs.

Kabob vs. Kebab vs. Skewer

“Kebab” is basically the original, proper, British spelling and term that has since been adopted by Americans who have transformed the spelling to meet our pronunciation of the term appropriately. Neither option is considered ‘wrong’ or ‘right’ however we chose to use ‘kabob’ within this article as most of our readers are American.

“Skewer” is technically the term for a long metal pole used for cooking meet atop an open flame. This same term is also used for the smaller wood sticks we use for making our kabobs. Often times the term ‘skewer’ is also used to describe the kabob itself within the American culture.

We simply eye-balled our amount of the ingredients. Ultimately you only need enough total liquid to submerge all your shrimp. To save on costs, we only mostly submerged our shrimp, and then flipped them after about 20 minutes of time in the marinade. Use about twice the amount of soy sauce to Worcestershire sauce, a few squeezes of mustard, a few tables spoons of olive oil, a small dose of the red wine vinegar, and just a bit of honey.

Add a few heavy shakes of the Italian seasoning, a proper few pinches of salt, and a modest amount of pepper, and stir it all up until the mustard fully dissolves into the mix.

Thanks to the wise guidance of a nearby chef, we waited till our shrimp were in the marinade to take half a lemon and squeeze it atop the bowl. I can’t recall the exact reasoning for this move, but it has something to do with how the acidity can affect the marinade if mixed in thoroughly.

I suppose I’ll have to give away our experiment results here; de-shell the shrimp. Or better yet, buy shelled and divined shrimp. However, leaving the tail on does make for a better meal-time experience as they are easier to pull off the kabobs and eat without a fork.

Once your shrimp are ready, plunge them on into the marinade. If you’ve enough marinade to fully submerge your shrimp, let them sit for at least an hour. If you’re not in a hurry you can let them sit and marinate for up to three hours for maximum flavor. Leaving the shrimp in the liquid for more than three hours can lead to mushy, soft shrimp after grilling.

If you’re like us and didn’t want to waste quite that much amount of marinade ingredients (as much is wasted), rotate your shrimp at roughly the halfway point during the marinating time so the shrimp on top is now on the bottom.

As these shrimp will cook quite quickly on the grill, you’ll want to use vegetables that can also cook quickly. Great options are squash, zucchini, and mushrooms. If you happen to use onions, be sure to go with a thin variant such as the red onion. Don’t make the mistake we did. Without much thought, we threw a few sweet yellow onion slices onto our kabobs and those bits of onion hardly cooked, yielding themselves to a special place on the plate to be recycled for a future meal.

When cutting our squash and zucchini we went quite thin in order to allow for faster cooking. Prior to putting your veggies on the kabob, toss them in a bit of oil and then sprinkle some salt on. This both adds to the flavor and helps them cook a bit quicker, keeping up with the shrimp cook time.

Bring your grill to medium heat, clean the grill gates thoroughly, and finally, before placing your skewers, fold up a paper towel and add a good amount of olive oil to the top of it. Rub the oil lightly onto the grill going in the direction of the gates. This will help prevent your kabobs from sticking to the gates.

Our shrimp were medium-sized in the grand scheme of shrimp size scales. Hence, we only left our skewers on for roughly 3 minutes on each side. Once you can see that the shrimp are no longer opaque, they are likely done. For our ‘shell on’ skewers, we left them on for just an extra 30 seconds before removing them.

Sure enough, the shell-on shrimp did have better flavor, but only marginally so. The taste of the grill was surprising still intact, and the shrimp were a bit moister.

However, it was very difficult to remove the shell once they were cooked. The ‘shell off’ shrimp were only a slight bit drier and although a bit less flavor, still very flavorful.

Next time we will be removing the shells prior to cooking, or simply buying the ‘shell off’ product option.

*If you are using extra large/jumbo shrimp, you can cut your veggies much thicker to account for the longer grill time.

*If the size of your shrimp vs. the size of the veggies (or type) are too far apart, you can also make separate kabobs for the shrimp and veggies.

*Pineapple: If using pineapple on your skewers, be sure to place them far apart from your shrimp as they cause the shrimp to become overly saturated and the texture will be too soft after cooking.

It is generally recommended to remove the veins prior to cooking due to the simple fact that the vein is the shrimp digestive tract, and is full of bacteria plus can affect the taste. Most chefs do however agree that once the shrimp is cooked, any bacteria from the vein is killed off. For us, as these were only medium-sized shrimp, we weren’t too worried about the taste factor. If you are using larger, jumbo shrimp, we certainly recommend removing the veins.

Officially, due to obvious legal reasons, Wild Seafood Co does recommend veins are always removed prior to cooking. Most of the shrimp species offered at our market come with the option to have the shells and veins removed ahead of time by our experts.

Wild Seafood Co does not have any professional chefs on staff and we cannot assure the methods of cooking laid out in this article can prevent food-borne illnesses.
Follow this recipe at your own risk.

The Snapper / Fish For starters, if you’re looking to make the best-tasting fish nuggets you’ll want to firstly secure high-quality, fresh, wild-caught fish. Our recipe will be concocted with fresh Red Snapper from Wild Seafood Market out of Madeira Beach, Florida. If you’re not sure where to go to find fresh, wild-caught fish, here’s… Tired of the usual fried or grilled snapper? Here’s an easy recipe tha’s sure to excite the palate of everyone at the table. Pineapple Honey Snapper! Salmon move over, here comes your new nemisis. You can use both fresh and canned pineapples, so don’t worry if you don’t have any fresh pineapples around. Why baking?… 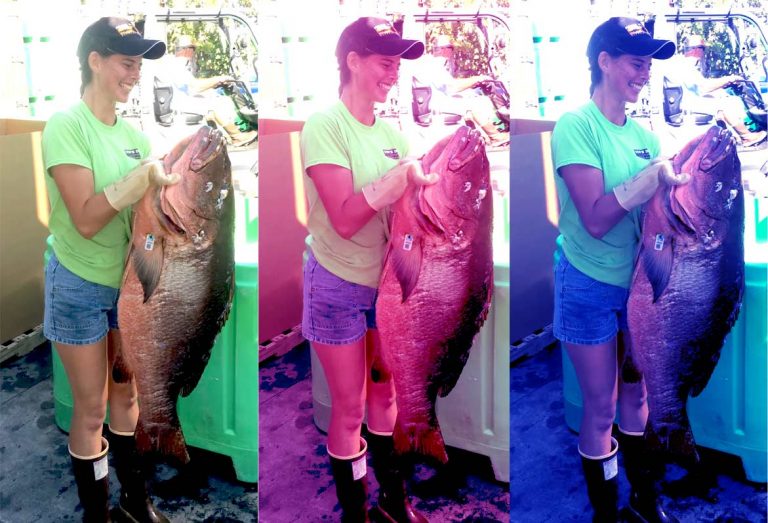 As restaurants around the country prepare for one of their most busy days of the year, some are having second thoughts about where they’ll be taking that special someone this year. *Important Tip: If you do plan to have a romantic night out this Valentine’s Day, be sure to call and make your reservation as…

If you’re looking for the perfect mix of effortless and flavorful with a nice kick, this is the recipe for you. Basically, we’re adding a twist on the traditional lemon-butter Grouper, adding a touch of Braswell’s seasoning to properly spice up this fish dish. What you’ll need: Buying Fresh, Quality Grouper Before we get much…